Will Our Winter Garden Survive?

Our winter garden has been doing really well up until now, but we've had a fairly mild winter to this point.  We could see devastation out there in the garden later this week, though, as we are heading toward nighttime temperatures dipping down into the teens. Ahead of that happening, I wanted to capture "before" photos of the plants in the garden.  Then we can do an "after" comparison once we get through the frigid temperatures.  I'm curious about the hardiness of our cool season crops here in garden zone 8b.  What will survive the multiple nights of lows in the teens, with no row covers to offer protection? I'm hopeful a majority of our cool season crops will make it through the bitter cold. 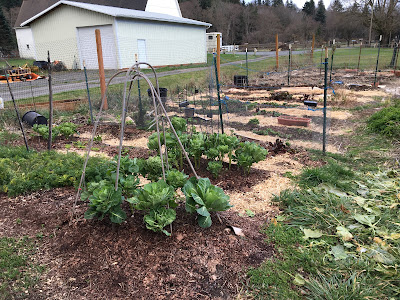 Above is the main portion of our winter garden.  It's looking tidier than ever before.  I've been going out there nearly every day to add more compost and mulch, putting it right into the garden as we have it.  While I'm only spending about 15 minutes each day out there, over time you can see the difference it has made. 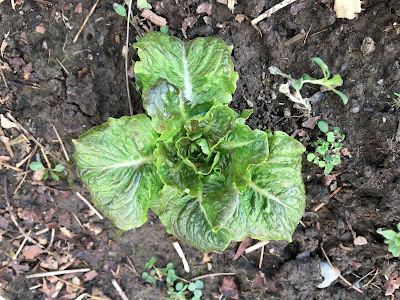 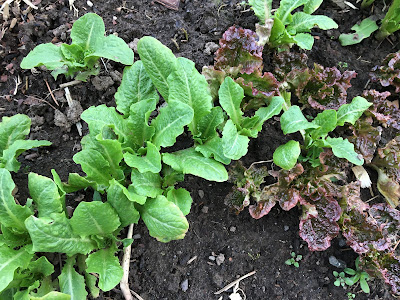 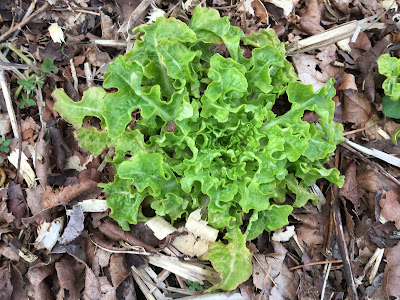 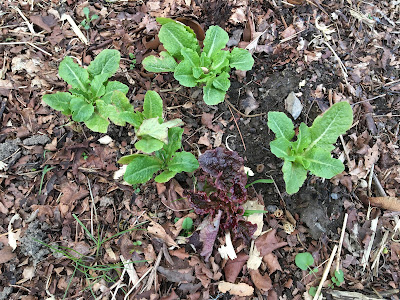 There are several different lettuce varieties all growing very well this winter, shown above.  Each plant is pretty small, but the leaves are big enough that I can go along and pick one or two leaves from each plant and gradually fill a bowl for salad twice a week for our family.  Basically these are baby greens.  They are quite good. 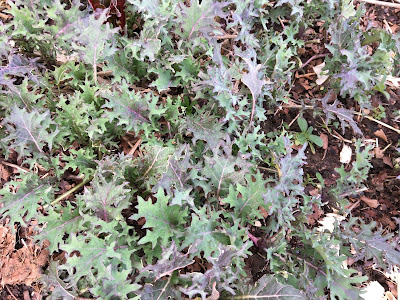 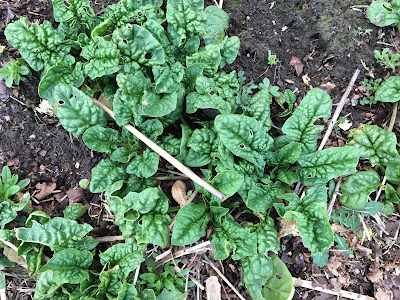 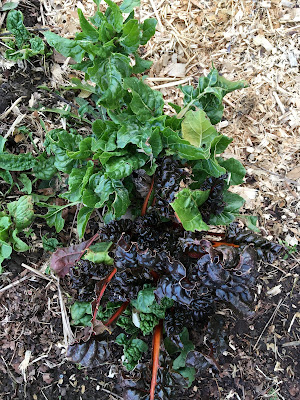 Above, kale, spinach and swiss chard are doing very well, although these are also fairly small plants.  Twice a week I pick from these, too, for using in soups and as part of our pizza toppings. 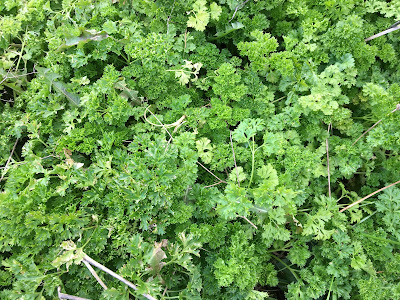 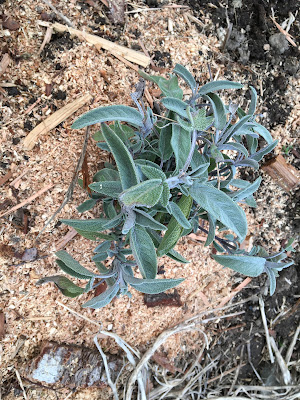 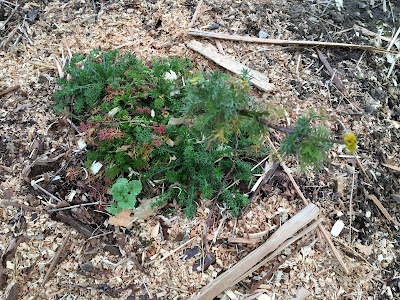 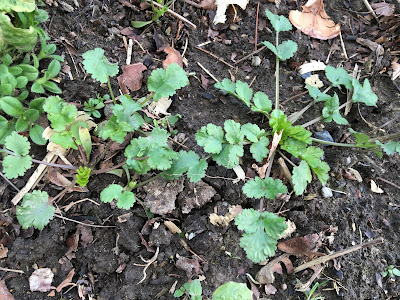 Herbs that are growing in the garden this winter include parsley, sage, German chamomile, and cilantro.  All of these are in good condition and can be picked from and used.  The one herb that I'm worried might not survive the colder temperatures is the chamomile. 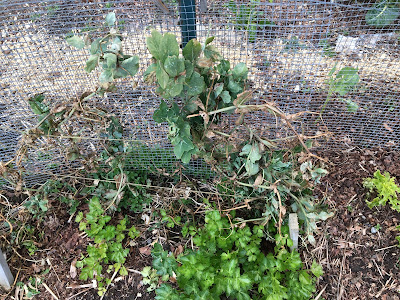 The peas aren't doing well.  The one pea plant already has significant damage and I don't think it will make it through the week. So I've started new pea seedlings in our garden window in the house. 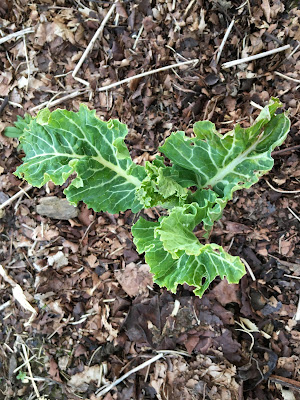 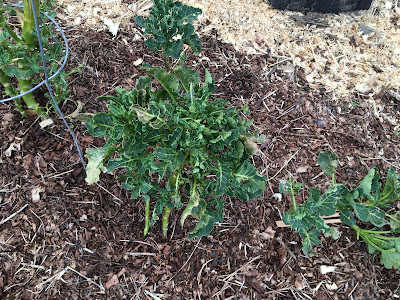 Cauliflower and broccoli, above, are struggling but still growing.  I'm anticipating that we may see serious damage on these plants after this week is over. 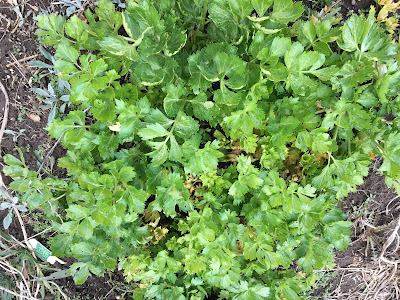 Above, celery is looking okay, but I don't think it will do well with temperatures in the teens and twenties.  While parts of the plant look healthy, there is some heavy damage in the stems already due to the cold. 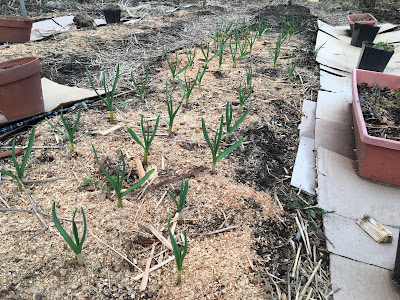 Look at the beautiful rows of garlic.  This crop is intended to overwinter, having been planted in October for harvesting the following June or July.  Since planting the larger cloves, we've seen quite a bit of growth.  I counted 50 large heads of garlic.  The hundreds of smaller garlic bulbils we planted aren't doing well, though - this was an experiment we tried, and now that we've given it a try we likely won't do that again. (Read about bulbils here) 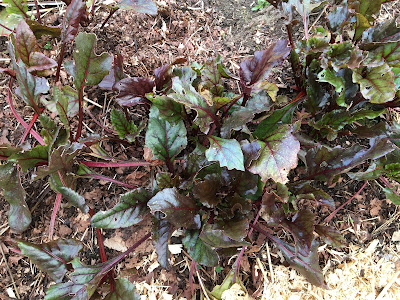 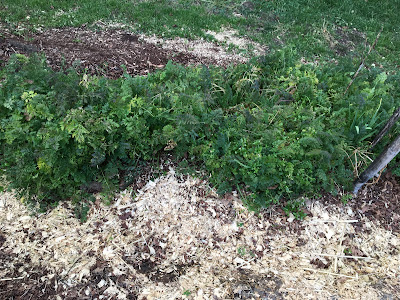 Beets and carrots (above) are root crops that should do okay in the cold and icy weather.  Even if there is damage to the tops, the roots should survive without damage, especially if there is a layer of mulch. 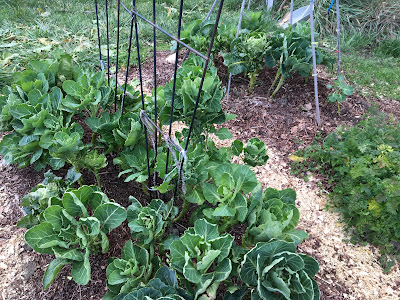 Above are some of our brussels sprouts. These crops really love cold weather and so I'm expecting they will do just fine.
Will everything survive the frigid temperatures?  I'll share more once we finish out the week!