Raising Ducks vs. Chickens: Our First Experiences as Duck Owners 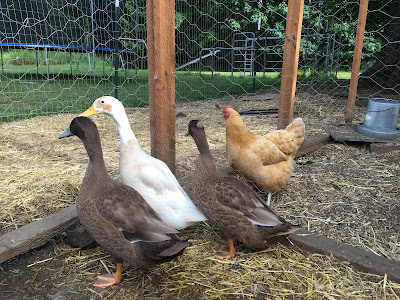 At just over two months old, our cute baby ducklings have grown up to be adorable, mature-looking ducks.  The ducks have moved three times, beginning with a metal feeding trough with heat lamp when they were tiny little ducklings, to an outdoor covered coop, to an indoor/outdoor space that now features a small blue swimming pool. 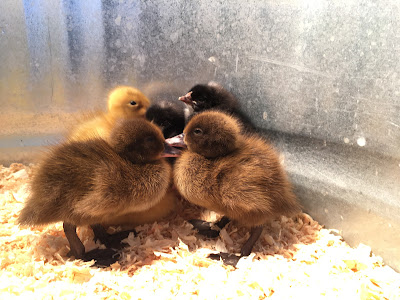 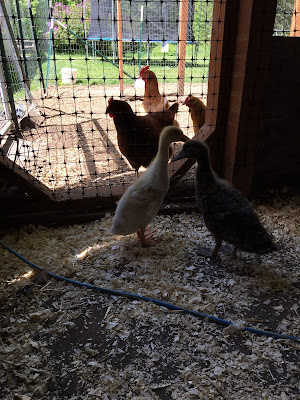 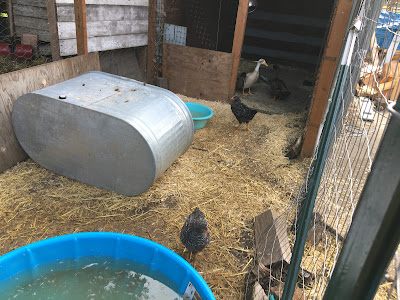 Joining the ducks along the way are two Barred Rock chicks that we raised alongside them. 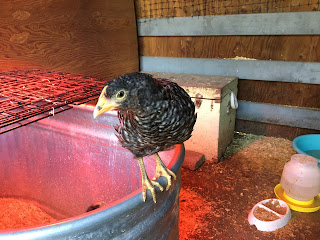 In the adjacent pen are ten chickens who are very curious about the ducks but none-to-friendly to the smaller chicks. Because the ducks eat a different food than the hens, they are kept separated right now (the ducks and chicks eat non-medicated chick starter with brewers' yeast mixed in for added niacin; meanwhile, the hens eat layer pellets). Once the ducks are also able to eat layer pellets and the chicks are the same size as the hens, we will integrate all the birds.
One of the biggest differences between raising ducks versus chickens is the water mess.  Obviously ducks love water, and whether you give them a water feeder to drink from or a big pool, they will play in it and in the process make a huge mess.  Water gets everywhere.  I cannot tell you how much of a relief it was to finally have them all the way outside where the water can disperse and soak down into the ground.  When kept indoors, the mess is difficult to keep up with; the feeding trough  had to be scooped out daily and sometimes multiple times a day, and once they were on the floor of an indoor coop their space had to be scraped and squeegeed out daily as well. 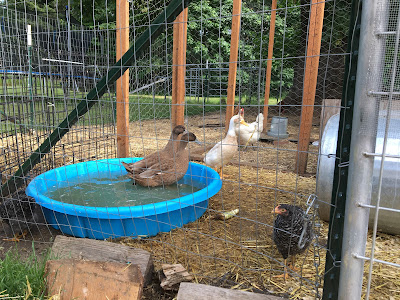 Ducks require water while they are eating to avoid choking on their food.  As ducks eat, they sip a bit of water into their mouth to mix with the food to help wash it down.  If a duck doesn't have access to water while eating, it could choke to death, which would be a horribly sad thing to happen.  This means that the water needs to be checked frequently throughout the day to make sure it hasn't been emptied all over the ground (which usually it has because they are playing in it).  When the ducklings were in the metal feeding trough, we were checking or refilling their water about a dozen times a day to make sure everything was okay.  Now that they are grown and outside, the water issue is solved because they are able to have two large water feeders along with a blue swimming pool, all of which we refill every morning (because they get the water so dirty). 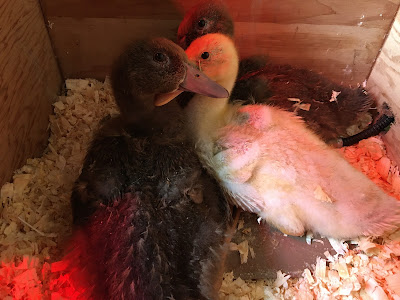 While we keep the ducks separated from the rest of our brood during the day, for safety reasons all the birds (ducks, hens, chicks) sleep together in a locked pen at night.  Getting the ducks into the pen at bedtime is a bit of a challenge.  They will run around and go this way and that, unsure what to do when we try to herd them into the sleeping pen.  They get scared and run around the tree and all the way to the end of the outdoor chicken pen. We chase them around the tree, two of us out there blocking and herding while bending low to avoid the hitting our heads on the paracord. (We had to tie paracord zig-zag style across the top of the pen to keep bald eagles from swooping in and killing our chickens.) 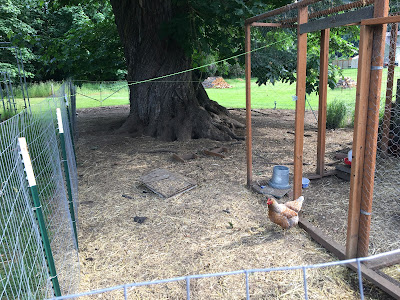 It's actually not all that much fun to try to chase down ducks at dusk, which lately is falling near 10 p.m., as we'd like to go to bed as well.  So to hurry up the task, we did some research and came across an incredible solution.  The advice we stumbled upon came from a video by Gold Shaw Farm.  In the video, we learned that there is a magical command that will get the ducks to head in to the pen for bedtime.  That command is, "All ducks go to bed."  It's a universally known command that ducks have somehow learned, and if you say it they will do it.  I'm not kidding.  It reminds me of the movie, Babe, where the sheep tell the pig that the secret passwords to say to get sheep to do what you want is, "Baa-ram-ewe! Baa-ram-ewe! To your breed, your fleece, your clan be true! Sheep be true! Baa-ram-ewe."
Despite some of the challenging differences in raising ducks versus chickens, the overall pleasure of watching and handling the ducks makes it worth the effort. 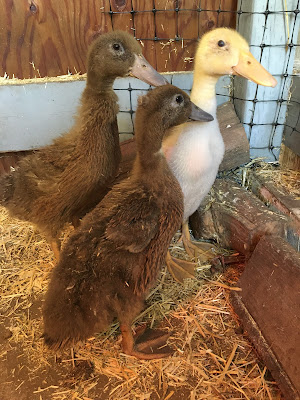 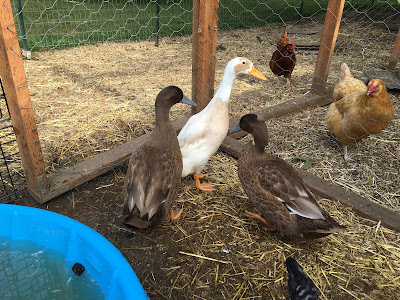 We're looking forward to eventually having eggs from the ducks and will post more about that once the first eggs are laid.