While working on remodeling our downstairs bathroom, we removed a giant mirror that had covered the entire upper half of the wall over the sink and countertop. After setting the mirror down in another room of the house, we went back into the bathroom and discovered several old messages taped to the wall where the mirror had been. The tape around the messages had yellowed with age. Cobwebs and dust drooped over the surface of the wall. What are the messages about, we wondered, and why are they here? 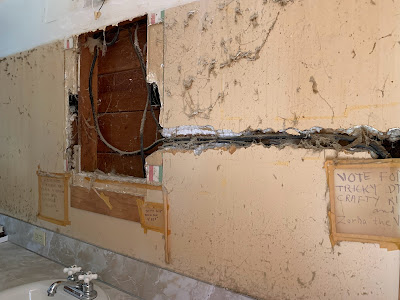 The first one appears to be of a political nature. It says, "Vote for Tricky Dicky [Tricky Dicky is crossed out], Crafty Richard, and Zorba the Veep!" Who is Zorba the Veep? We had to look them up. Apparently, this was the nickname given by Democrats to Spiro T. Agnew, who was the 39th Vice President of the United States. 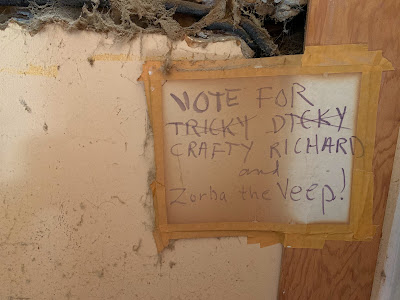 The second sign says, "Attencion por favor, Odoriferous material is deposited within these catacombous hollows." I guess we can all figure out what that means since this room is a bathroom. 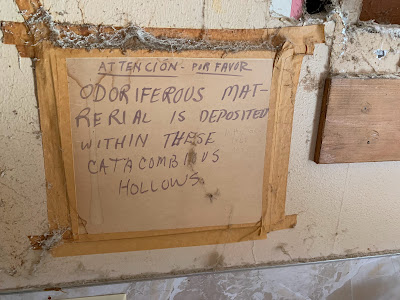 If you look closely at the sign about the odors, you can see another message written in pencil: "Nutty Geo, 1968, 1973." This one reveals that these messages are probably from 1973. Either that, or the mirror was taken down at some point in the mid-70s, a person added their thoughts in pencil, and the mirror was put back up. The style of the pencil note does appear different from the other handwriting. 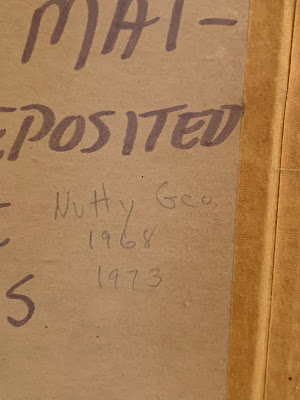 The last sign says, "You all quiet down now, y'hea?" I guess they must have been goofing around so loudly that one person thought to put that one up. 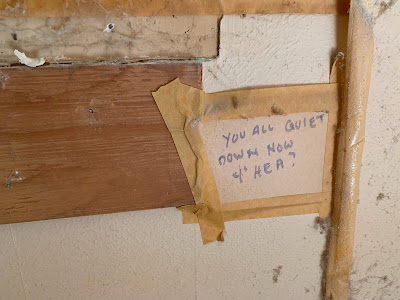 We also noticed a few small remnants of wallpaper that shows the bathroom used to be striped red, white, and green. 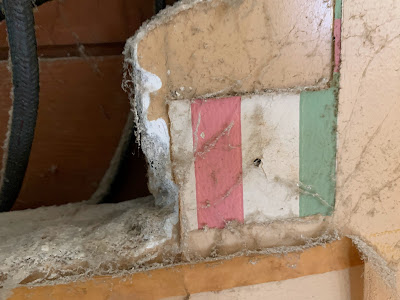 The messages were an unexpended find. We've decided to leave the messages there and maybe even add a few of our own for a future generation to find. I wonder what kinds of messages we should put there?