We Stumbled Upon an Abandoned Cemetery 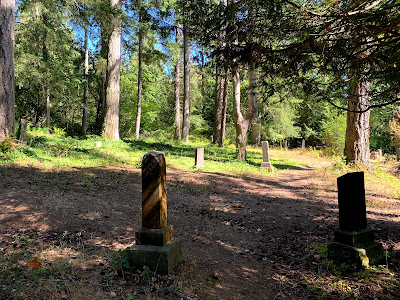 My husband has been reading a local history and true crime book, Starvation Heights: A True Story of Murder and Malice in the Woods of the Pacific Northwest, by Gregg Olsen.  He had a hard time putting the book down as the story was so compelling. 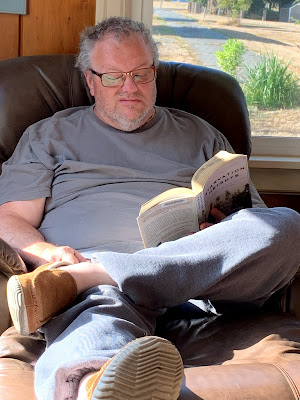 Starvation Heights is the nickname given to the sanitarium created by Linda Hazzard, a self-appointed doctor and "fasting specialist" who didn't actually have a medical degree or any formal training.  In the early 1900s, as part of her treatments, she intentionally starved a number of her patients to death. She also swindled her wealthy victims, convincing them to turn over all of their money and property to her before they died.

Well, coincidentally it had been a while since we'd gone out on an afternoon drive, and so I managed to convince my husband that we should take a drive and see if we could find the remains of the building that had served as Linda Hazzard's sanitarium.  It was located out near Puget Sound in the small town of Olalla.  So this past Saturday, we all climbed in the car (even Mojo the dog) and off we went!

We didn't have any luck spotting the actual sanitarium, although we found a couple of houses that caused us to stop and wonder, but we realized later that we had come very close to it.  While trying to locate the building, we found an abandoned cemetery that is adjacent.  Since the cemetery was accessible to the public, we decided to take the short hike through the woods and look around. 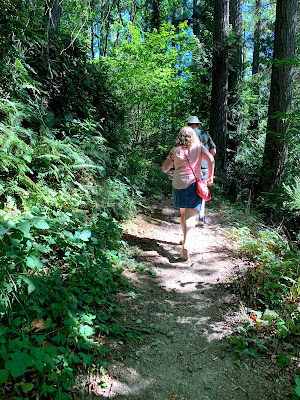 Not too far along the hillside path, we came upon the cemetery. It was strange to see the graves right there in the forest.  I wonder if perhaps 120 years ago this used to be a meadow?  Although now there are trees right on top of a few of the grave sites, maybe the trees sprouted up years later, perhaps some as recent as 30 years ago? 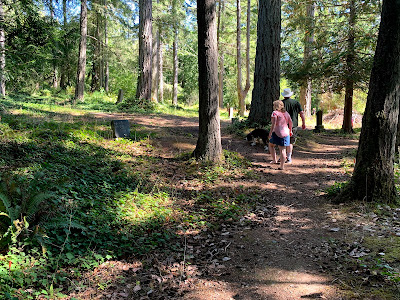 We were surprised at how young, by today's standards, most of these people were when they passed away.  There were numerous children, teens and mothers. 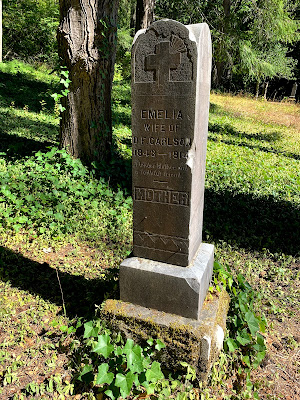 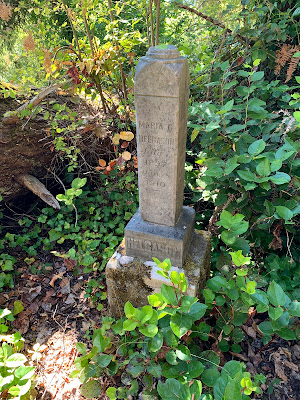 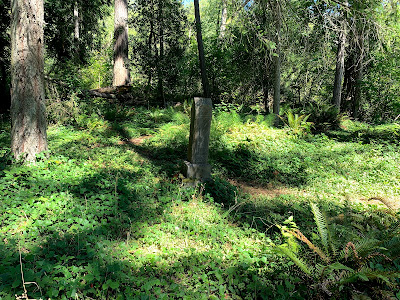 Most of the people buried here lived between the late 1800s to the early 1900s. It looks like the cemetery was abandoned in 1930 with no other burials there since then. 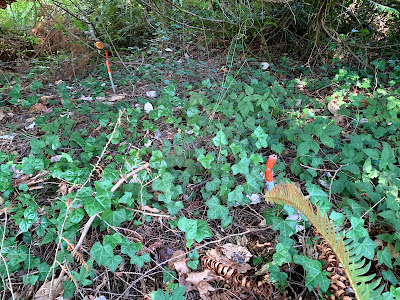 Unsettled by what we'd seen, we decided to continue on along the Puget Sound so that we could take in some fresh sea air and enjoy the beautiful scenery with many coastal towns.  The route was unfamiliar since we'd never traveled this path before and we randomly took roads that we had no idea where they went. 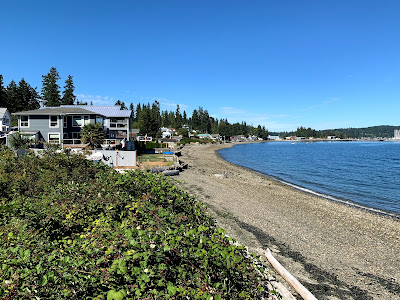 At one point we stopped in the town of Manchester to take in the view of Seattle across Puget Sound.  If you look closely, you can see the Space Needle. 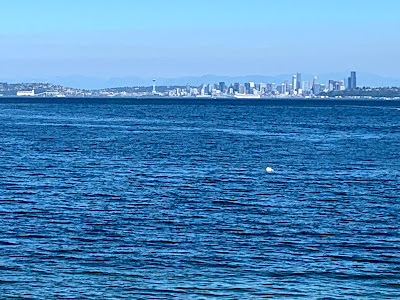