Who doesn't love the crunchy crust and soft interior of perfectly baked sourdough bread? Getting started with sourdough baking takes considerable gumption - it's no easy feat to get sourdough starter to come alive and begin working. But, when you bake your first loaf of sourdough and it rises beautifully, the sense of accomplishment is amazing! Today, I would like to share some sourdough love and give a shout-out to my sweet and brilliant sister, Cathy, for her recent accomplishments with sourdough.  Cathy started her sourdough from scratch and stuck with it until she achieved a beautiful, bubbly starter.  Then she began using her starter to bake the most lovely loaves of bread! Take a look at her sourdough creations: 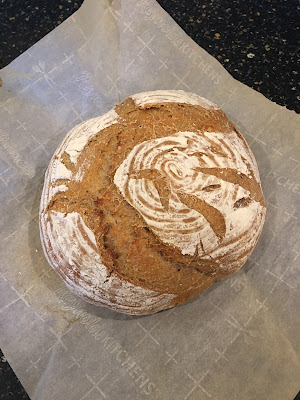 Above is a crunch loaf that she baked in a dutch oven.  She also recently made a loaf of sandwich bread, shown below. 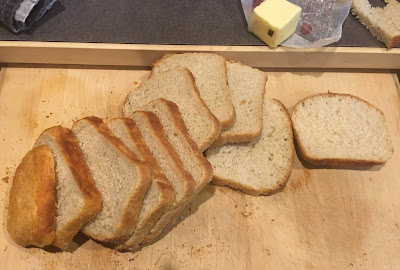 Below is her starter, which she keeps in a gallon-sized jar on the counter, where it's covered with a charming tea towel. 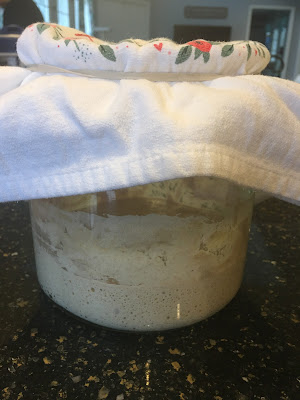 If the tasty creations you can make with sourdough starter were not enough reason to love it, there is also the fact that you can put a pretty tea towel on top of a container on your counter, just like grandma used to do. 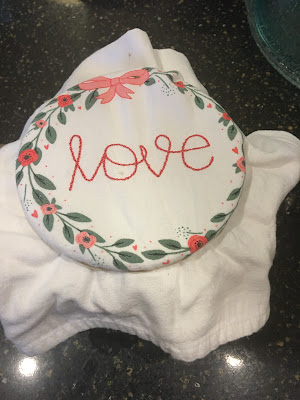 The pretty tea towels are probably one of my favorite things about the practice of baking sourdough. 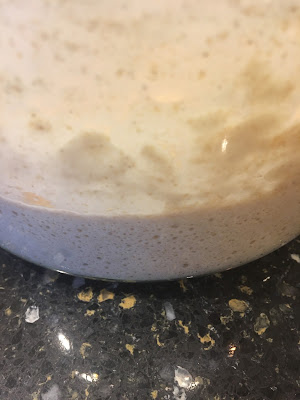 Those bubbles shown above in Cathy's sourdough starter indicate it is alive and well, and able to rise all kinds of baked goods.  Below is a sourdough chocolate cake with espresso chocolate icing she made using a recipe from King Arthur Flour. 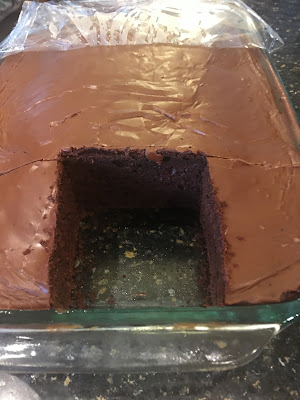 What advice would Cathy give to someone trying to begin their own sourdough starter?  "Don't give up after a week," she says. "Mine took 12 days to become bubbly."

If you haven't already done so, we hope you will give sourdough baking a try. Sourdough is easier to digest, better for controlling blood sugar, and healthier since it's a fermented food. It's well worth the effort!