Are They ALL Male Ducks? Duck Gender Demystified

Determining the gender of our ducks has had us confused for some time.  Today we finally managed to settle the matter.  But before I go further, I should explain how it is we came to have ducks with unknown genders. 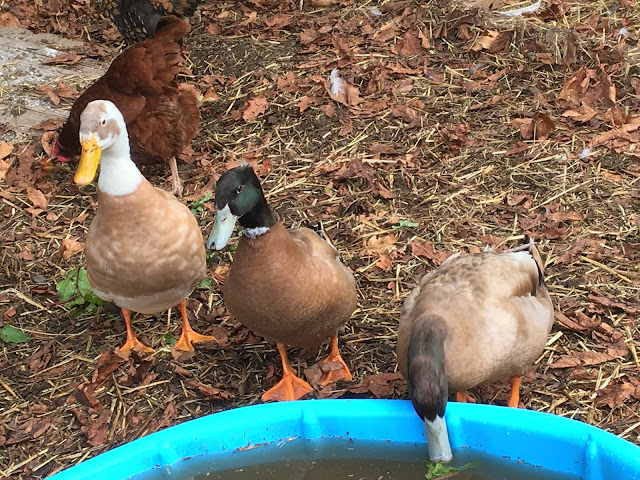 Right after the Covid pandemic began shutting things down in the early spring, we decided to expand our flock of chickens and try raising ducks. But there was so much interest in raising poultry at that time that we had a hard time finding any. We ended up with "straight run" Khaki Campbell and Runner ducks.  Straight run means that the ducks come just as hatched and the gender of the ducks is unknown.  We went home from the nursery with four ducklings and figured that among those at least one would be female and would provide us with duck eggs. It seemed a reasonable assumption.

Sadly, shortly after arriving home with the ducklings, we noticed one of them didn't look so good. It was too quiet and still and it passed away the very next morning.  We called the nursery where we'd purchased the ducks and they recommended giving the remaining duckling an extra supplement that was also high in protein.  Thanks to the added nutrition, the remaining ducklings thrived.  We still thought perhaps we'd have both male and female based on the difference in coloring of the remaining ducklings.

The ducks are now old enough to lay eggs.  We've had some enormous eggs in the hens' nests, and we've noticed that the ducks sure do spend enough time around the nests.  We figured they were female and they'd started laying.  We even went so far as to declare a couple of the eggs we'd brought in to be duck eggs.  But there have been so few enormous eggs that I've been scratching my head, eyeing those ducks and wondering about them. Several of our chickens lay enormous eggs, too. The eggs all taste the same; I figured duck eggs would taste a little bit different.  Finally I decided to research a bit further to see if we could once and for all determine the gender of our ducks. 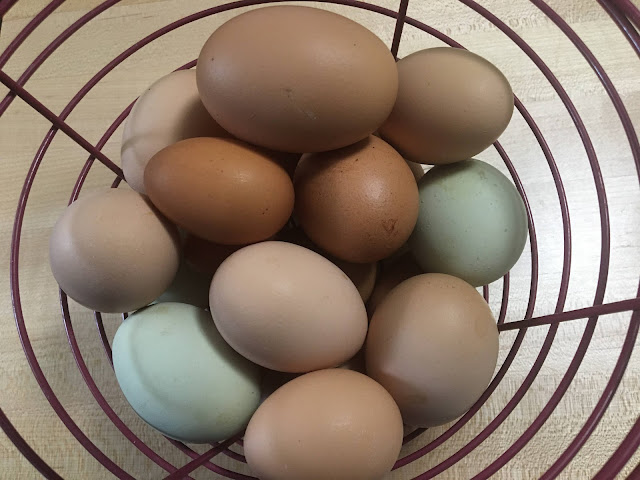 Since the reproductive organs of ducks are internal, you can't simply turn a duck over and say it's male or female.  However, among all duck breeds, there are several distinguishing characteristics of each gender. 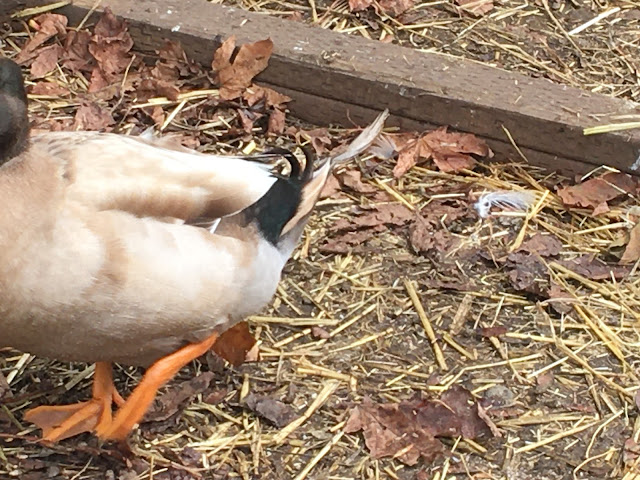 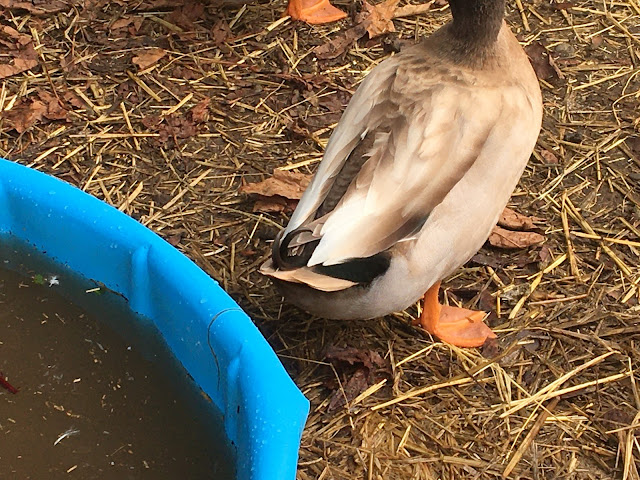 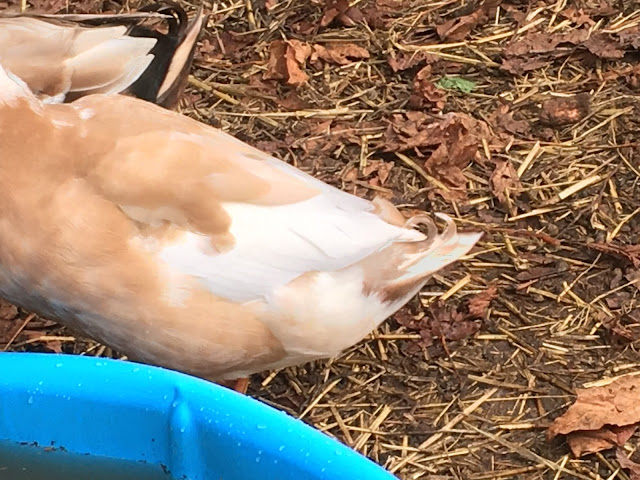 Who knew you could determine the gender of a duck based on its tail feathers?  It looks like all three of our ducks are males. Unfortunately, that means there will be no duck eggs for us. Maybe we'll try again next spring and get a female duck to join the others.