Flies in the Chicken Coop and Duck Pen

July 07, 2020
Look how big the ducks have gotten! They were born in early April and so they are about 13 weeks old now. We've been enjoying their antics as they swim around in the little blue pool, ducking their heads and shaking their tails as ducks will do. 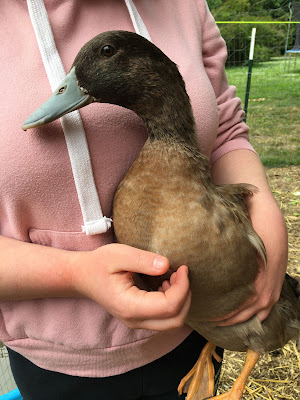 Adding ducks to the coop has resulted in a huge water mess every day and likely due to this we have begun to see more flies than ever before. Most of the flies swarm around in the duck pen. To get control of the situation, we decided to try using Black Flag Fly Paper. I've never used fly paper before as we've never had this many flies, but I was encouraged by Black Flag's claim that "once they land, they never leave." Intending to hang the fly paper from the rafters in the duck pen, I grabbed a couple of thumb tacks from the cork board and took the fly paper outside. 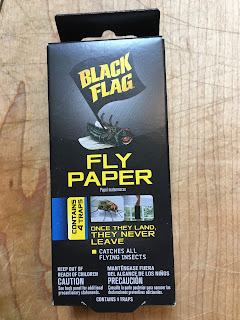 Sometimes things just don't work out as planned. Once in the duck pen, I unwound the fly trap and it immediately got stuck to my hair, arm, and shirt. I flailed about like a lunatic and then dropped one of the thumb tacks on a bale of straw. Then I tripped over a duck and landed on my ass in duck poop. It was not a proud moment.
With icky fly attractant now stuck to my arm, shirt and hair, I disentangled myself from the fly paper, hung the fly paper from the rafters, and began looking for the missing thumb tack. Of course the thumb tack had one of those clear tops on it, making it practically invisible. As I futilely searched I realized then that I had literally lost a needle in a haystack. Then I noticed that the fly paper came with it's own thumb tack, a silver one with a black ring.  Nice. 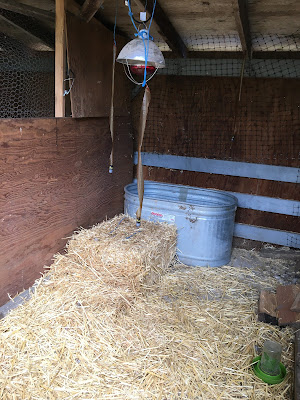 My daughter came out to help me at that point. We never did find the missing tack. Hopefully the ducks and chickens don't impale themselves on it. 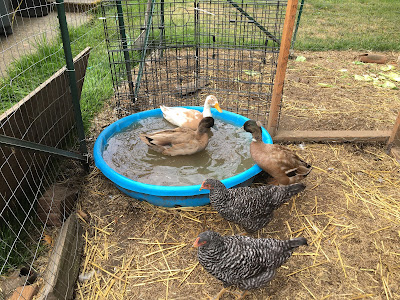 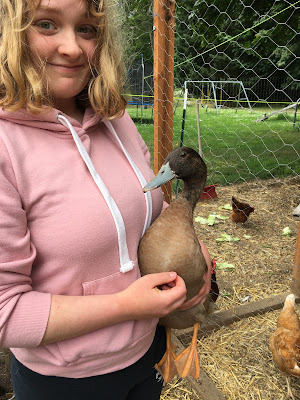