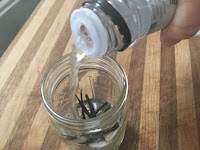 You may be wondering why anyone would choose to infuse ingredients like vanilla beans and make their own extracts. The primary reason for me is the cost.  Real vanilla extract has gone way up in price over the past few years, and is currently about $20 an ounce for a store brand bottle.  For an organic brand the cost is even greater. By making my own, I can cut the cost in half and additionally use organic vanilla beans. 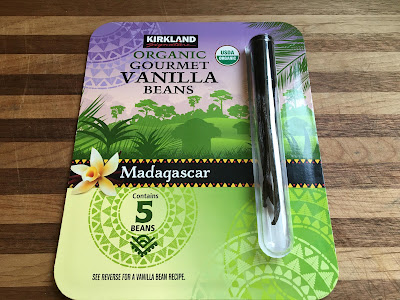 Another reason I'm interested in making homemade vanilla extract is so that I can use it around the home. Since I’m lowering the cost of the vanilla extract, I can more justifiably use it to make household and skin care products. The other day, for example, I made a sugar scrub for the hands to help moisturize and exfoliate.  This time of year, my hands are so dry.  I'll post the sugar scrub recipe in an article coming soon!

The only other ingredient needed for the homemade vanilla extract recipe is alcohol.  You can use vodka, brandy, bourbon or rum, however other alcohols besides vodka will impart a small amount of their flavor to your infusion.  If infused with vodka, once the extract is ready it will only have the flavor of the vanilla.

For this recipe, I only used 3 vanilla beans. You can make stronger vanilla extract and use 5 beans with 8 ounces of vodka.  I wanted to see if I would get the same result if infused longer with fewer beans. 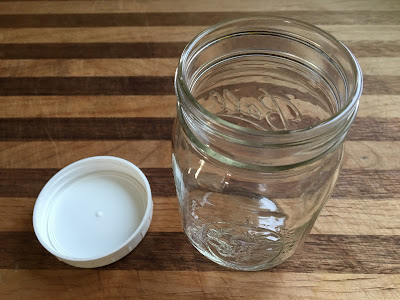 For the container, I used a pint-sized (16-ounce) canning jar with a plastic lid.  You could also use a more decorative bottle.  I decided to go with this jar because I have so many of them, and because the lid is plastic so it won't corrode. 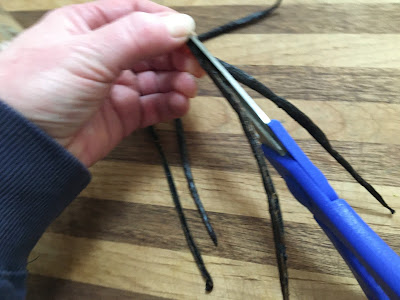 The first step is to cut each vanilla bean in half lengthwise to expose the tiny vanilla seeds inside. I then cut each piece in half so that they would not be as long and would fit in the jar without bending, in order to ensure that the beans would be fully covered by the alcohol. 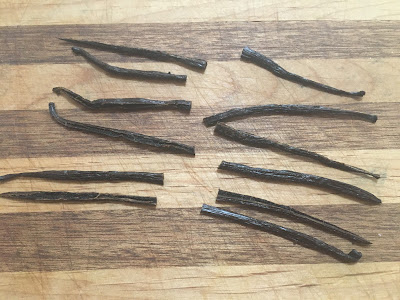 Below are the cut vanilla beans inside my jar.  One other step I forgot to mention was enjoying the incredible aroma of the vanilla while cutting the beans.  Working with such a pure ingredient allows you to appreciate what real vanilla smells like.  Making your own vanilla extract gives you the opportunity to understand the value of vanilla and appreciate its wonderful qualities. 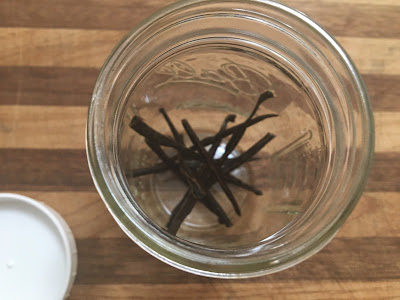 Next, pour vodka over the vanilla.  If you like, you can also get out a shot glass and sample a little bit of the vodka.  Why not? 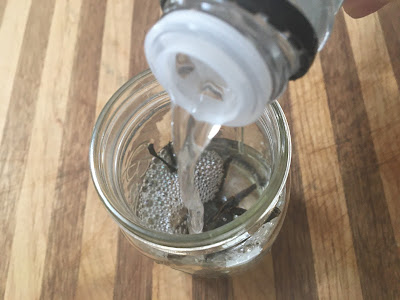 Screw on the lid and you're done.  The vanilla is now ready to store and age. Store it in a dark cabinet. Shake it once a week. Allow the vanilla to infuse in the vodka for at least 8 weeks or longer if you can wait. If you infuse if for 3-6 months it will be even better. You'll know it's ready for use by smelling the liquid to see if it still smells like alcohol. It will turn a dark brown just like what you buy in the store. If all you smell is vanilla, then it's ready. 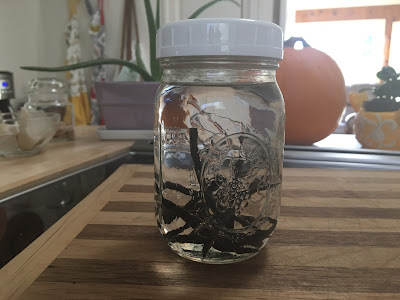 Don't be surprised by the tiny seeds that are in the extract once it's aged.  Those are the vanilla bean seeds and they are a great addition to the vanilla, enhancing the flavor and aroma.

Below is what my vanilla bean infusion is looking like after a few days. 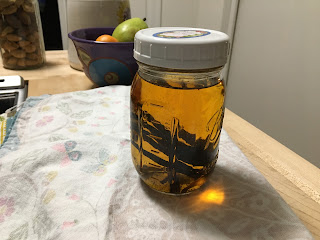 I'll be excitedly waiting for my homemade vanilla extract to finish infusing over the next couple months.  And I hope you will consider making your own infusions, too, and let me know how it goes!