December 09, 2019
I have been trying with no luck for weeks to catch the mouse that has been plaguing our coop and cellar.  I've used all the recommended bait, including peanut butter, cheese, grain and bread. I also tried using a few remaining bits of produce that the mouse had already been munching on in my cellar - squash, potatoes and onions - but he ignored those, too.

Then yesterday I put the trap out next to the chicken coop with a homemade doughnut in there.  The doughnut had gone a bit stale and so we didn't want to eat it, but it seemed perfect for a mouse. 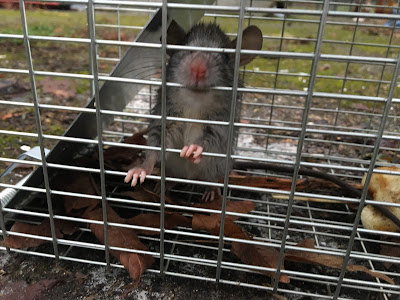 The doughnuts were indeed quite lovely and so I can see why a mouse would be tempted to go into the steel cage to eat one.  I made them on Saturday morning when we wanted to go out and buy doughnuts.  Homemade seemed healthier. 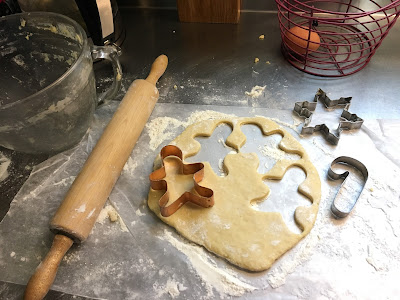 I even cut the confections into holiday shapes before putting them into canola oil to fry. 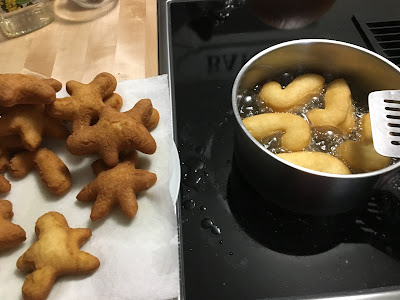 Then I dusted some with powdered sugar, rolled others in cinnamon sugar and poured a frosting glaze over the rest. 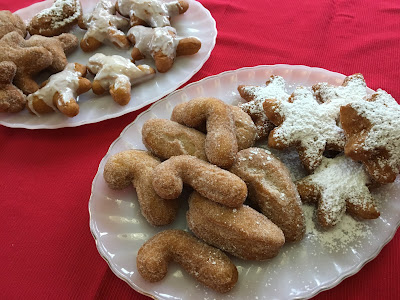 In all, there were two lovely plates of doughnuts that we enjoyed Saturday and Sunday mornings for breakfast. 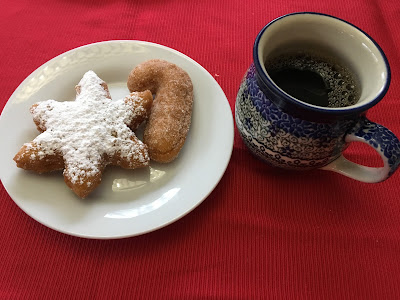 How could a mouse NOT be tempted to enter the steel trap of death when there was a homemade doughnut inside?

This morning when I went out to the coop to let the hens out, there the mouse was, springing around frantically inside the trap where he was captured.  He'd eaten quite a lot of the doughnut.

His frantic bouncing around inside the cage is freaking me out.

So what do I do with him now?  Suddenly the thought of execution doesn't seem like such a good idea.  With a sinking feeling, I am beginning to realize that I will have to drive him out somewhere far away and dump him.  Somewhere far from anyone's home.  How do I get the trap open to let him out without having him jump on me or bite me?

Likely he has a few brothers and sisters that I'll need to work on capturing.  We are fortunate that there are two more stale doughnuts left on the plate in the kitchen.