Taking Care of a Donkey

October 25, 2019
We've had the pleasure of taking care of our friends' donkey while they are away.  He is the most gentle animal and he is also quite happily spoiled.  Our friends refer to him as their "pasture pet" because they fuss over him much like anyone would one of their pets at home.  He has many toys and is given special foods and vitamins for his health. 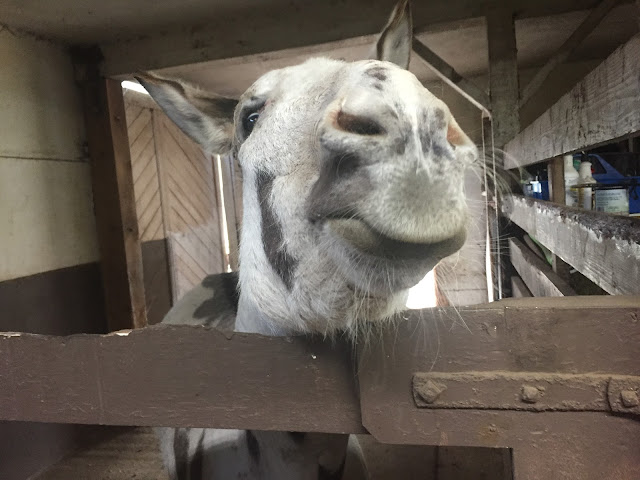 Patch is an American Spotted Ass. I will admit I feel rather uncomfortable calling this sweet animal an ass.  So, you can imagine my relief to learn that Patch is also a donkey.  This tidbit came from a book I'm reading, The Donkey Companion: Selecting, Training, Breeding, Enjoying and Caring for Donkeys.  At the beginning of the book, it explains that the terms donkey and ass mean exactly the same thing; people transitioned away from the term ass due to it's similarity to the British word "arse".  Patch is no arse.  So, we will gladly refer to him as a donkey. 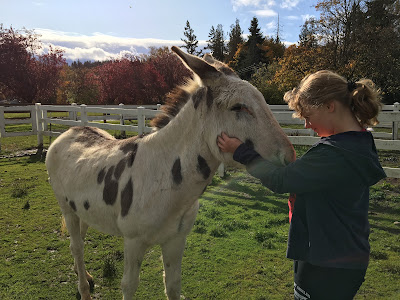 My daughter and I both go over to the barn three times a day to feed Patch and check on things.  We've enjoyed learning how to take care of a donkey and getting to know Patch.

Since Patch is an older donkey, he is on a special regimen that not only spaces out his restricted amount of food, but also includes vitamins and minerals.  We are glad to help keep Patch healthy by following a written list of instructions to make certain that we prepare his meals accordingly. 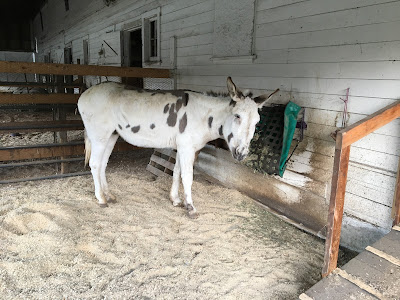 His feedings are at 7am, 1pm and 7pm.  In the morning, he gets one pound of hay placed in his nibble net, and then into his feeding bucket we mix together a cup of soaked beet pulp with a scoop of Heiro and a half-scoop of minerals. Yum. 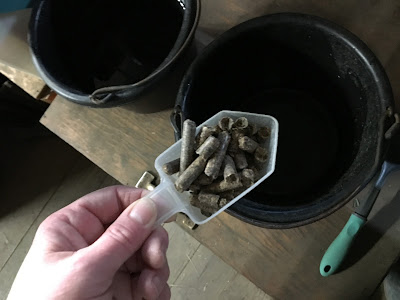 Then at midday, we return to give Patch another half-pound of hay in his nibble net along with a handful of peanuts that we put into his jolly toy, which he rolls around until all the treats have fallen out. 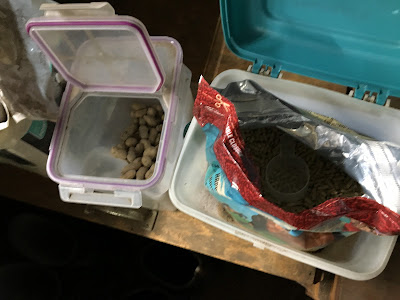 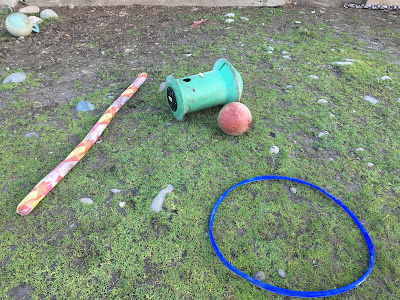 Our midday visit is also a good time to play with Patch.  He has an interesting assortment of toys.  I had no idea a donkey would figure out what to do with a pool noodle and a hula hoop.  He also has a traffic cone. 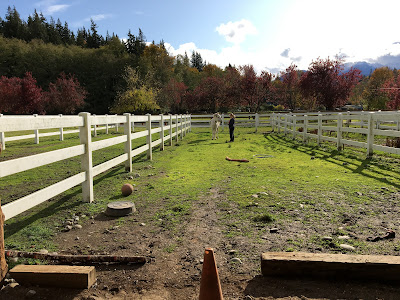 At 7pm, Patch gets two pounds of hay (or two and a half pounds if it's going to be below freezing outside that night), as well as another cup of soaked beet pulp this time with Triple Crown pellets mixed in. I will admit I like the smell of the soaked beet pulp.  It smells just like sweet, fresh beets.

One evening when we went to see Patch, he had done this with the chair: 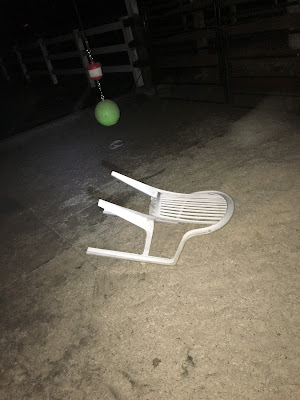 I'm not sure what his fuss was about - perhaps he got bored and decided the chair was a toy.  Normally the chair is kept in the inner part of his stall, within the barn.  Somehow, he managed to drag it outside and throw it down by his bed. 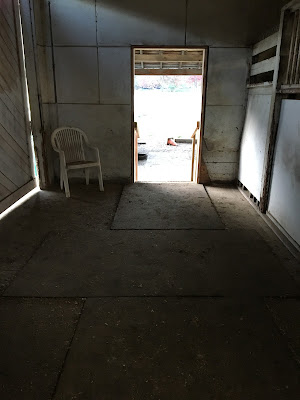 Every day, we refill Patch's water.  We also freshen up his bedding, which consists of a pile of shaved pine, and then once or twice a week we clean out the poo from his stall.  That is a stinky chore, but it's so much nicer once cleaned out and it keeps the flies in check. 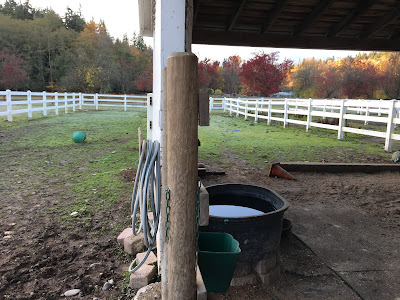 Patch is always so eager for attention that he makes a bellowing Hee-Haw noise when we arrive.


While at the barn, we are also greeted by the other animals. 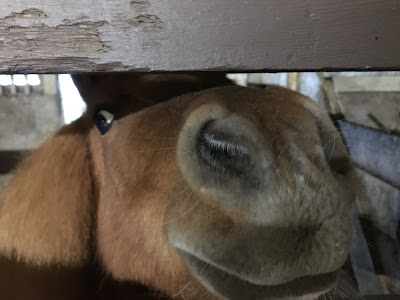 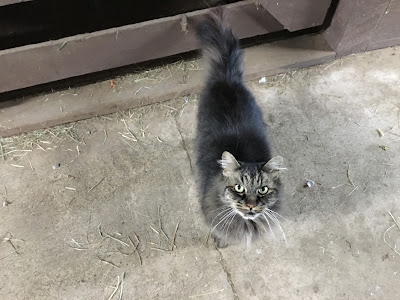 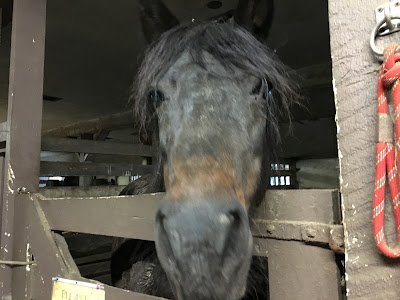 Mojo waits patiently while we tend to Patch. 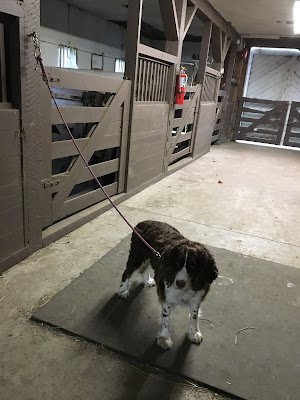