Foraging for Horse Mushrooms in Our Pasture 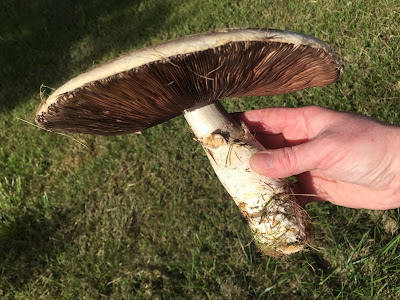 At first I thought the mushrooms were growing in a circle, but there is actually an opening at one end. 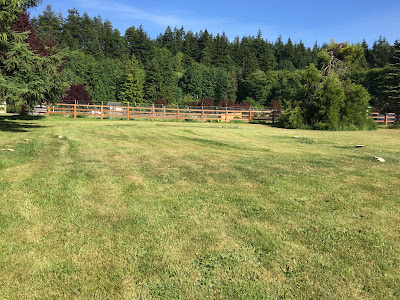 If you click the photo above, you can see a larger version.  Look closely to see the pattern of mushrooms growing across the pasture. 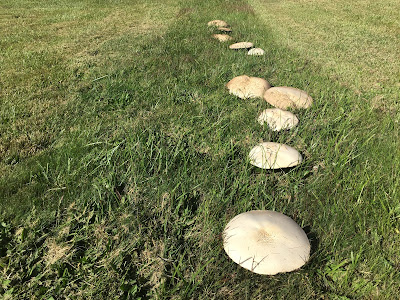 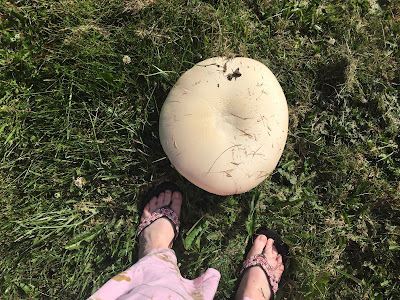 We had never heard of horse mushrooms prior to moving here.  Last year, as soon as these enormous mushrooms appeared in the pasture, our neighbor came over to let us know what they were and to see if we were interested in sharing them.  He explained that they taste just like the white button mushrooms you buy at the store.

Of course, we were glad to offer him as many of the mushrooms as he would like.  I'm not a mycophagists and until now had never been brave enough to go mushrooming.  So, I waited to see if my neighbor survived eating the mushrooms.  He survived, and so we decided to give the mushrooms a try. 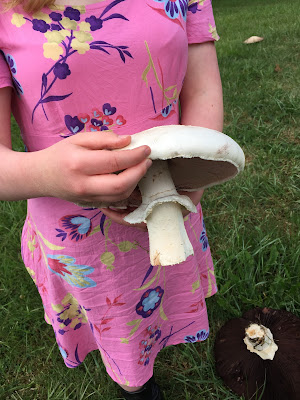 Last year when we tried eating one of the mushrooms, we made the mistake of leaving the gills on the mushroom.  I only removed the stem, and then I sliced the entire mushroom and sauteed it in a little olive oil with garlic. 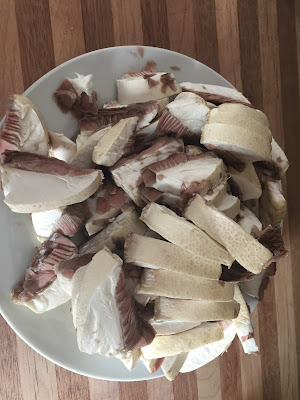 Cooked this way, the mushrooms were overwhelming because they became very juicy, probably from the gills breaking down.  And I prepared too many for each person. We were a bit yucked-out by the time we finished eating dinner.

This year, I removed the gills from the mushroom by scooping them out with a spoon.  Then I sliced the mushroom. 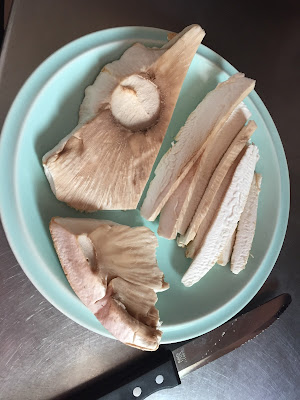 I arranged the mushrooms on top of a homemade pizza, and put the pizza in the oven.  Later, halfway through eating the pizza, my husband asked where the mushrooms were.  I realized that while cooking, the mushrooms had shrunk down until you almost couldn't tell they were there. But at least this time we were not overwhelmed by the taste of juicy mushrooms.

We may try cooking these one more time.  Maybe I'll give sauteing them another try--without the gills, of course!