Celebrating One Year at Vintage Home and Farm

September 14, 2018
Can you believe we made it through a whole year at our vintage home and farm?  We arrived on Labor Day Weekend in 2017, and since then it's been project after project as we've made the house livable and inviting once again and put in a small farm.  Of course, there were many times, especially early on, when I kicked angrily at cardboard boxes (I'd kick the wall, but then that would need fixing), threw a hammer into the yard, and cried like a baby, wanting so badly to just "go home".  But we'd left our prior home.  We'd taken that leap and had to live with the consequences. 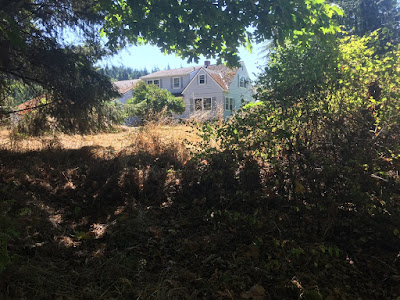 Cleaning this house was a monumental chore.  After ripping out all the carpeting and linoleum, I had been scrubbing for weeks -- floors, walls, windows, doors, bathroom fixtures, appliances.  Everything was so dirty from years and years of neglect. 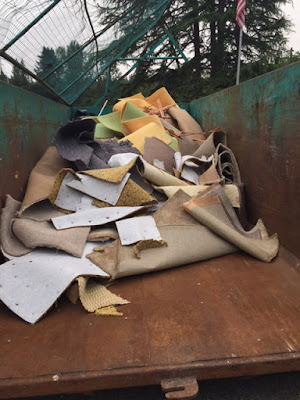 Then one day when I was scrubbing the bathroom ceiling, my fingers grazed a light fixture and I felt an enormous jolt of electricity shoot through my hand and down my arm into my shoulder.  I thought I'd shocked myself big time from touching the light fixture.  Later, when I kept feeling that lightening bolt sensation as I moved my arms overhead, I realized it was likely inflammation in my joints and along nerve endings from overuse.  At night, I had to take ibuprofen and muscle relaxants in order to sleep, as pain in my hands from removing carpet tack strips and staples from the floors kept me awake. 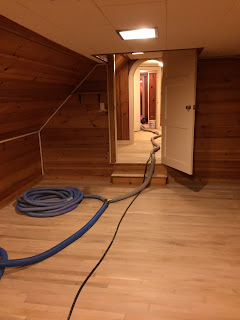 We even managed to survive the pests that plagued us.  Bees were living in the sunroom wall, mice had chewed holes in the bathroom vent up in the attic, and thousands of birds were swarming the house planning to return to their home in our chimneys.  We keep finding more yellow jacket nests in the ground all around the property.  One "pest" we don't mind is the deer that visit us daily.  A doe and two fawns have been hanging out here lately, eating the apples and pears that have fallen to the ground around our trees. 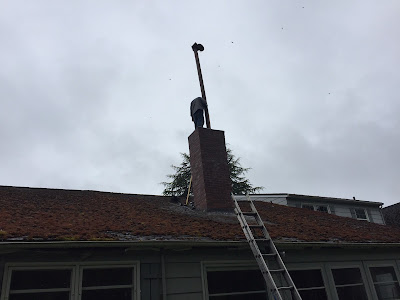 Despite the hard work, we stayed with it and now most of the rooms are clean and comfortable. 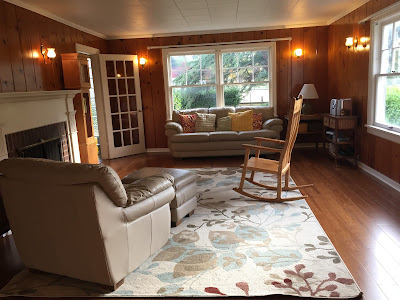 There are a couple rooms left that need serious attention, but we've blocked those spaces off and will get to them next year. Also, we are operating with only one bathroom right now as we gutted the other one and the project keeps stalling out due to other priorities - mainly the garden and bringing in the harvest. 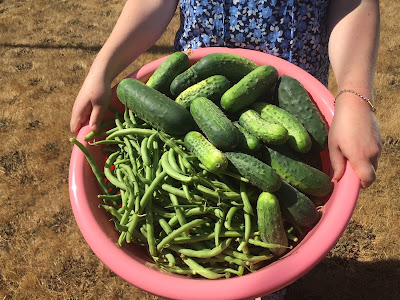 Speaking of the harvest, we've had a fairly successful first year as wannabe farmers. We've been eating zucchini nonstop (the bane of every gardener - I planted too many), plus we have enjoyed carrots, tomatoes, beets, green beans, kale, onions, cucumber, lettuce, peas, rhubarb, plus several herbs - parsley, sage and cilantro.  We picked wild blackberries and made jam, and we roasted sunflower seeds.  In early summer, we had an enormous cherry harvest, and currently we are overwhelmed with apples.  Our pumpkins are turning orange. Marigolds, zinnias and gladiolas added extra color to the garden as well.

With future harvests in mind, I planted fruit trees, blueberries and raspberries alongside the garden, and fenced the whole thing in to protect everything from the deer.

The garden didn't have any serious issues until mid-August, when all my cruciferous vegetables (cabbage, kale and brussel sprouts) ended up with cabbage moth.  I became so overwhelmed by those disgusting white bugs under the leaves that I ripped all of those plants out and tossed them in the burn pile.  I don't plan to grow cabbage and brussel sprouts again - they just didn't do well here. 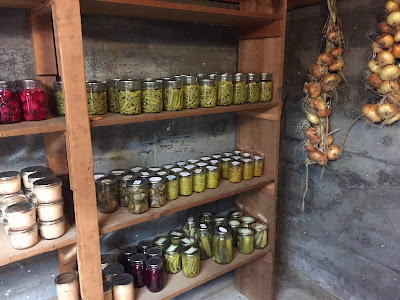 Other learning experiences in the garden -- I realized that if you leave cucumbers in the garden too long they get really bitter and are inedible.  Carrots, when they bolt, get super hard in the middle (you just about can't cut them with a knife).  My corn is finally maturing; I always thought corn was ready in early summer but that just wasn't the case here.  If not thinned early on, carrots and beets will not have enough room to grow very large.  Tomatoes get black mildew on the leaves in our area no matter what kind of organic treatment you use on them (a friend at work gave me a special recipe, and I had high hopes it would work -- but alas, the black mildew still appeared). 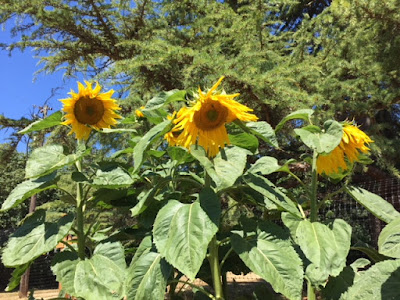 Our flock of chickens expanded from three to eleven (were were at nine; today my husband took in two more from someone who was moving).  They need a bigger coop and run. 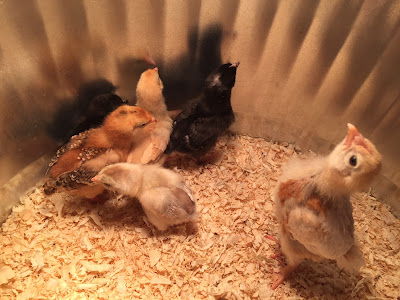 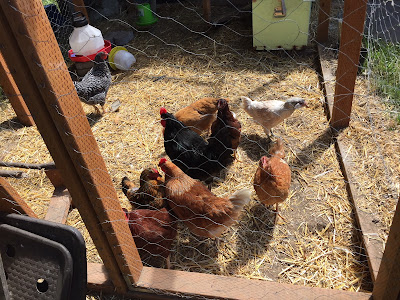 I managed to find a full time job and our daughter made it through a tough school year before we all decided homeschool was a better idea (school is going much better for her now).  Joining 4-H may be in her future; our first 4-H meeting is at the end of this month.  Our family also expanded to include Mojo, a 4-year-old Springer Spaniel. 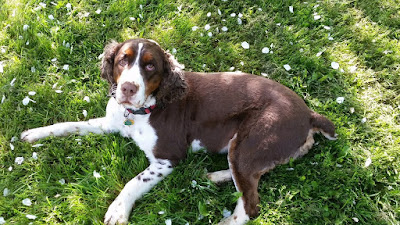 It's been an interesting year.  Most of all, I'm amazed that with determination and a little (well, actually a lot) of elbow grease, we actually accomplished what we set out to do. 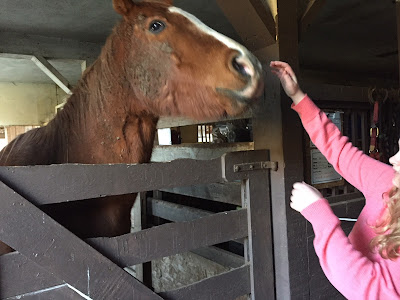