December 08, 2017
There isn't an overhead stove vent in our vintage kitchen, and installing one would require remodeling that we don't want to undertake, but that's okay -- the other option that we went with was to install a downdraft vent for a downdraft stove. As we went about deciding this, we also learned that Kitchenaid and Jenn Air are pretty much the only two stove manufacturers that make downdraft stoves.  All that boils down to me being one of the luckiest cooks around, with a very fancy Kitchenaid stove! I couldn't be more delighted! 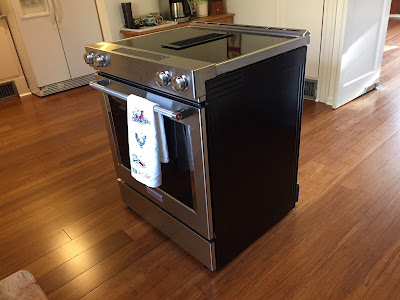 We installed the stove ourselves. It took two days. 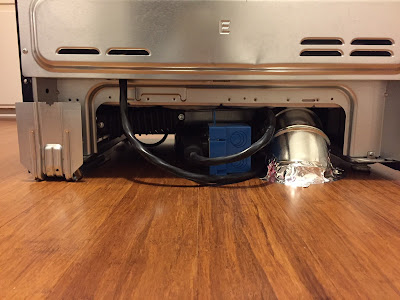 Day two was focused on the downdraft vent pipe and putting the stove into place. 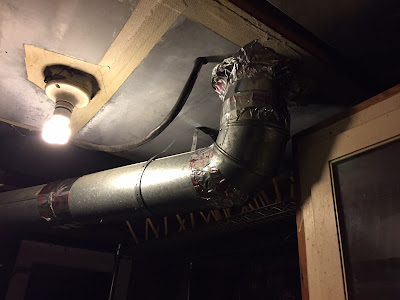 One factor that made the stove installation a little easier was that there was no existing island to work around.  We could just put the stove in the middle of the floor, where the vent pipe had best access underneath.  The vent pipe runs through the cellar and out the back wall. 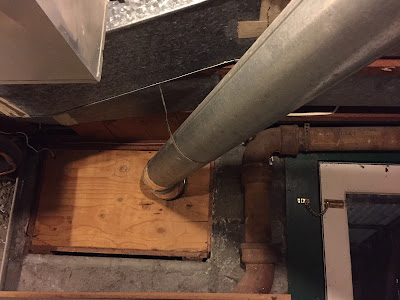 I'm so pleased to say that after 4 months in this old farmhouse, I'm no longer cooking without a stove or oven.  What did we bake first?  Well, that first night we were tired from working on the stove, and so we made a take-and-bake pizza for dinner.  It was the best take-and-bake pizza I've ever cooked.  The crust was crispier and it was cooked perfectly all the way through with no doughy center.  It had to be the quality of the stove that made the difference.

The next day, I baked a homemade apple pie. Yum! 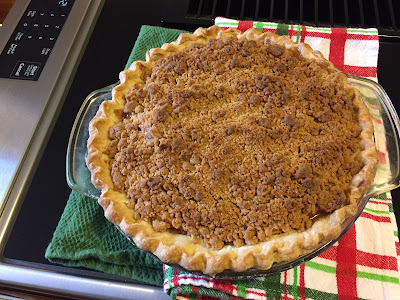 The oven baked it to perfection.  Normally, I have to turn the pie every once in a while as it cooks, as it would brown unevenly in the stove at our prior house.  I usually also would have to put foil along the edge toward the very end of baking.  I didn't have to do any of that in my new oven!

I followed the recipe in my wonderfully vintage 1961 Betty Crocker cookbook. Did you know that an apple pie with crumb topping is actually called French Apple Pie, and not Dutch Apple Pie?  Dutch Apple Pie has a regular top crust, and whipping cream poured into it before the last 5 minutes of baking. 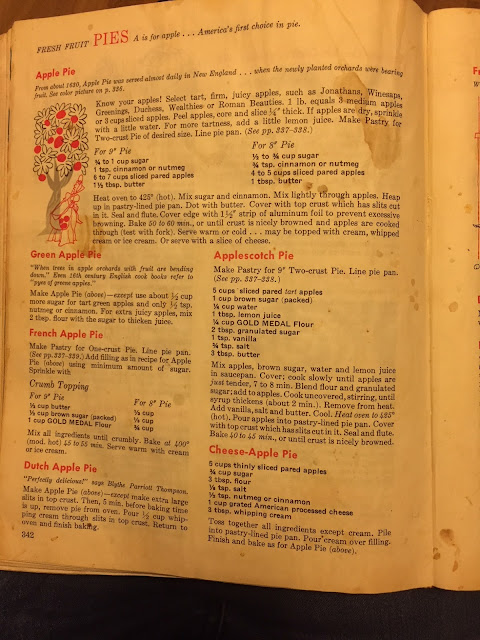 My favorite pie crust comes from the same cookbook.  I've altered the recipe periodically to replace about one-third of the white flour with spelt flour, for a delightfully crisp and whole grain tasting crust. 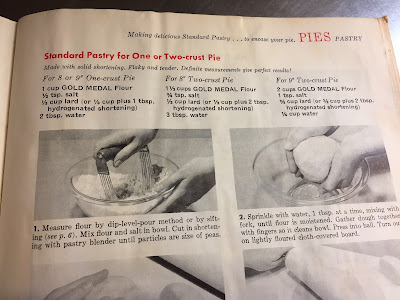